Step up your burger game with this recipe for Thai-style pork satay sliders with Asian slaw and spicy peanut sauce.

In what is arguably one of the most iconic 1980s television commercials (besides that “Where’s the beef?” lady), two oblivious teenagers walk down the street wearing headphones, bump into each other, then discover that he got his chocolate in her peanut butter and she got her peanut butter on his chocolate. Cue the Reese’s Peanut Butter Cup logo.

Just like that classic duo of “two great tastes that taste great together,” the combination of grilled meat and peanut butter has been wowing Thai food fans for decades. It may seem strange at first, but satay, or seasoned chicken, beef, pork, or tofu skewers served with a spicy peanut dipping sauce, tastes fantastic.

As a tribute to the pork version and the latest entry in our ongoing burger of the month series, I introduce my pork satay burger sliders. In this recipe, small ground pork burger patties are reverse seared to perfection before being paired with a salty, sweet, and spicy homemade Thai peanut sauce. Add to that a crisp and tangy Asian inspired coleslaw and you’ll be as happy as those peanut butter and chocolate kids swooning on the street! 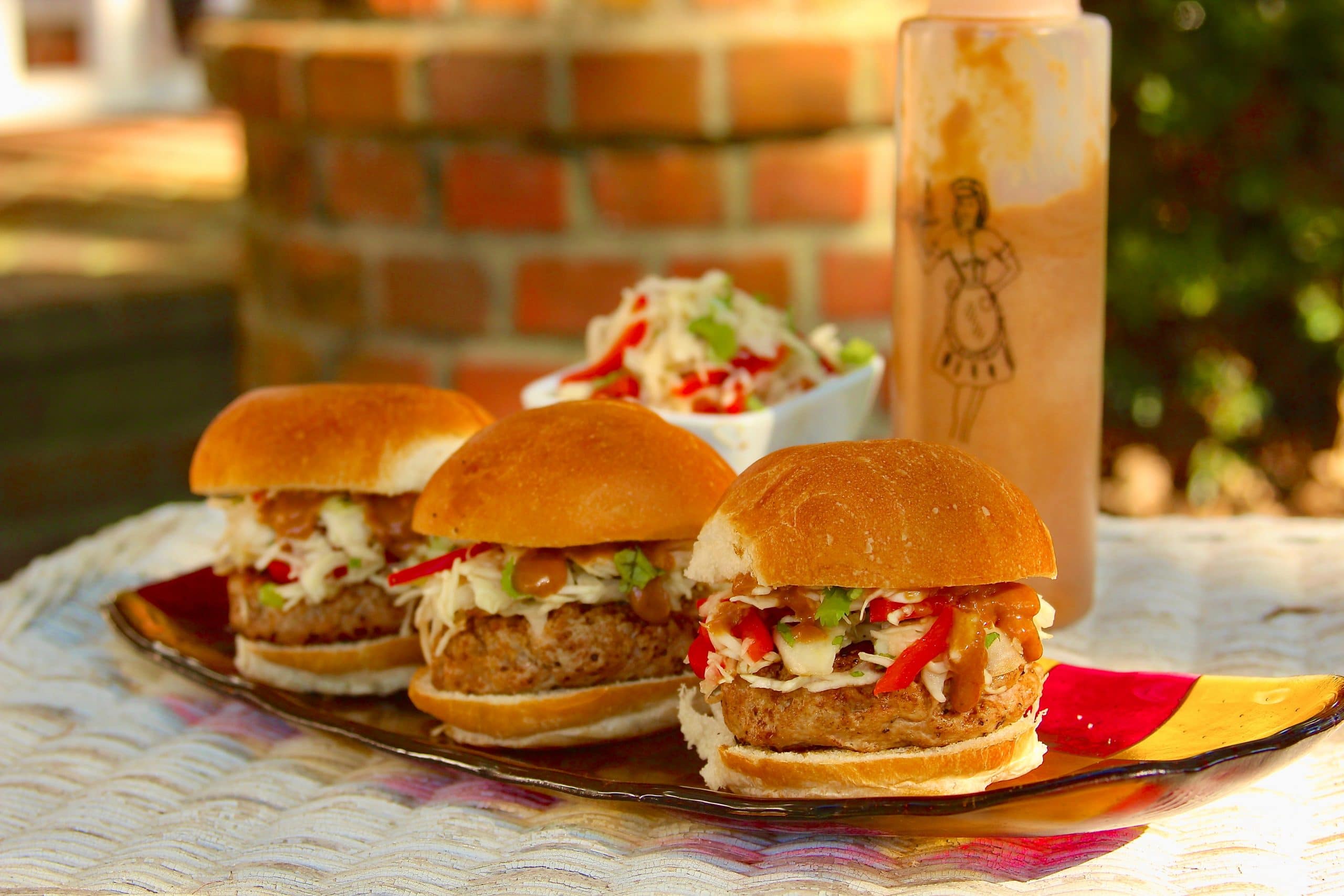 Tried this recipe?Tell others what you thought of it and give it a star rating below.
3.07 from 16 votes
Print Recipe Pin Recipe
Ground pork patties and spicy peanut sauce come together in this mouthwatering recipe for pork satay burger sliders.

Notes:
About the salt. Remember, kosher salt is half the concentration of table salt so if you use table salt, use half as much. Click here to read more about salt and how it works. About the rice vinegar. At 4% acetic acid, rice vinegar is less strong and acidic than most commercial white vinegars and cider vinegars, which often contain 6% acid or more. Most good groceries sell rice vinegar either plain or seasoned. Get the plain for this recipe. If you must use white vinegar or cider vinegar, add a couple of tablespoons more water to cut the acidity. About the toasted sesame oil. There is no substitute for this amazing aromatic extract from toasted sesame seed. If you see clear or yellow sesame oil, keep looking. The toasted stuff is dark amber to brown in color. Most groceries stock it.
Metric conversion:

Food rules. Little rivals the pleasure of tearing into a glistening burger.