YOU ARE HERE >> AmazingRibs » Pitmaster Club Members Only » Brat Burgers With Beer Cheese Sauce, A Taste Of Wisconsin On A Bun

Brat Burgers With Beer Cheese Sauce, A Taste Of Wisconsin On A Bun

Here’s the best of the ‘wurst reimagined as a rich cheddar cheese burger.

Even though I am a Texan by birth, I spent enough of my childhood in Wisconsin to pass as a native cheesehead. On our annual visits to America’s Dairyland, I spent quality time with my dad’s side of the family and spent even more time overindulging in two of my favorite local foods: grilled bratwurst and cheese.

While I don’t make it back to Wisconsin nearly as often as I used to, my love affair with brats and cheese remains as strong as ever. To celebrate those childhood favorites, my latest entry in our ongoing burger of the month series features a grilled brat patty topped with grilled peppers and onions, smothered in a rich beer and cheddar sauce, and nestled in a fresh pretzel bun.

While this recipe calls for using store bought brats, you can really take it over the top using our recipe for homemade brats found here! Cheers!

Like what you’re reading? Click here to get Smoke Signals, our free monthly email that tells you about new articles, recipes, product reviews, science, myth-busting, and more. Be Amazing! 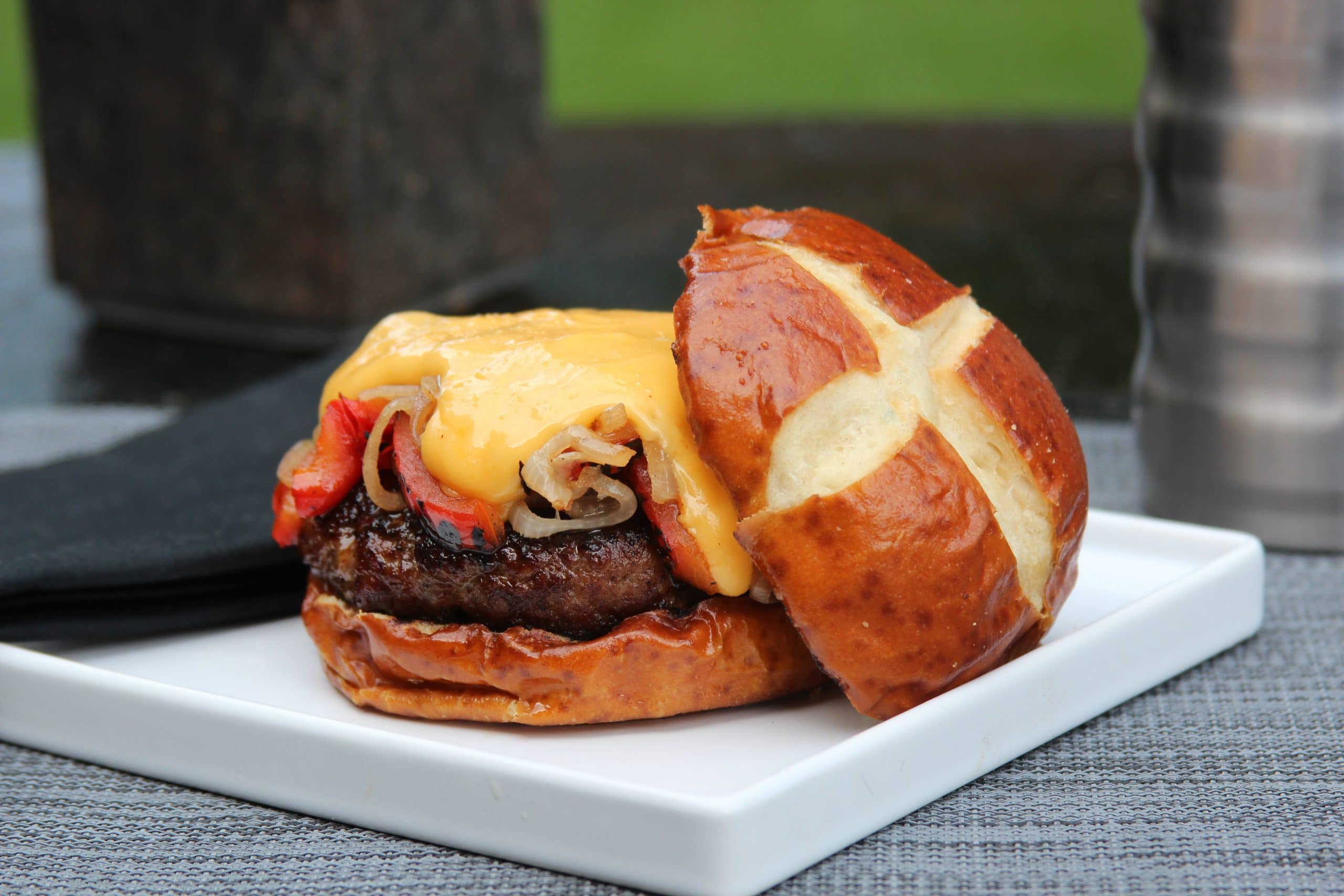 Tried this recipe?Tell others what you thought of it and give it a star rating below.
3.39 from 18 votes
Print Recipe Pin Recipe
Why decide between a bratwurst and a burger when you can have both in this mouthwatering brat burger with ooey gooey beer cheese sauce.
Course:
Dinner
,
Lunch
,
Main Course
Cuisine:
American

Notes:
About the brats: While some brands offer preformed brat burger patties, I prefer to form them myself based on the size of the hamburger bun. About the salt. Remember, Morton's coarse kosher salt is half the concentration of table salt so if you use table salt, use half as much. Click here to read more about salt and how it works.
Metric conversion: