And on the eighth day, God created pork belly.

While best known as the gateway to bacon, pork belly truly shines when prepared so low, and so slow, that it literally melts in your mouth. Reaching that perfect state can be a daunting task as you seek to keep the meat moist and tender while also waiting for its significant amount of intramuscular fat to render.

To ensure fall apart tender meat, I like to employ the sous-vide-que cooking method in which the pork belly is slowly cooked in a temperature controlled water bath before being finished on the grill. The time and temperature used in this recipe are based on our guide found here. While the process takes over 26 hours start to finish, the meat is almost entirely unattended during that time, and the end result is well worth it. You and your guests will dive mouth first into what is arguably the most succulent BBQ pork you have ever encountered. 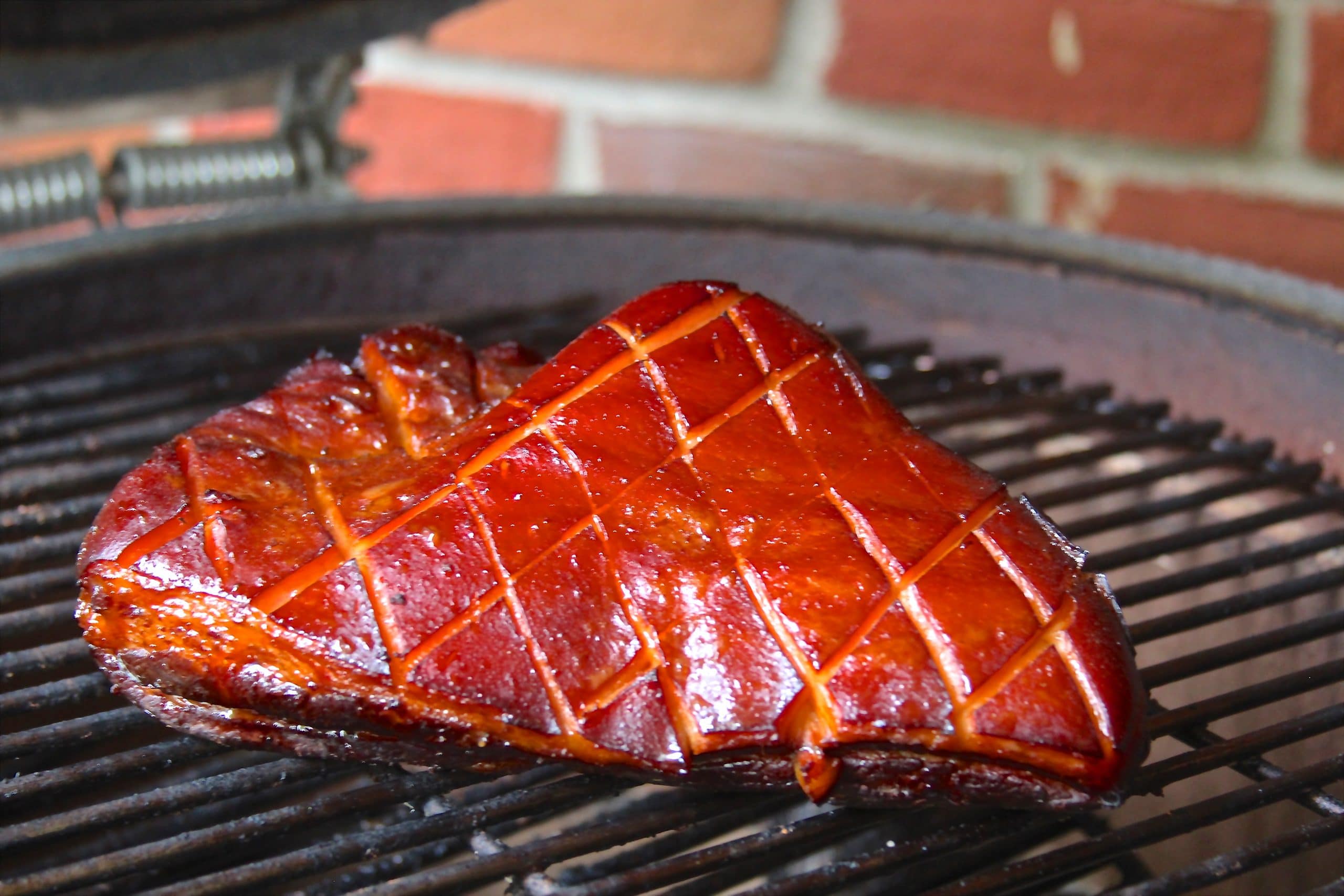 Tried this recipe?Tell others what you thought of it and give it a star rating below.
4.11 from 39 votes
Print Recipe Pin Recipe
When prepared so low, and so slow, this pork belly literally melts in your mouth.

US Customary - Metric
Notes:
About the pork belly. Just buy a single pork belly, which averages about 3 pounds. A little difference in weight won't matter. Pork belly may not be in the meat case but t is available with a little advance notice from most butchers. It doesn't matter whether it's skin-on or skinned. Either way, it will be delicious.
Metric conversion:

One cannot think well, love well, sleep well, if one has not dined well.