When it comes to selecting large value cuts of meat, boneless pork loin has long been one of my top choices. On sale, it can feed the entire family for nearly the same price as a “supersized” meal from a famous fast food joint.

Sold whole, a boneless pork loin (not to be confused with the much smaller tenderloin) weighs roughly 10 pounds. Most grocers offer smaller three- to five-pound portions that are often labeled as center cut pork loin roast. If, however, smaller sections of the loin aren’t available, you can always portion out a whole boneless roast yourself at home. Simply cut it crosswise. The remaining loin can then be frozen whole or cut into 1-inch thick pork chops to be used at a later date.

As with most value cuts, the secret is cooking it properly. An extremely lean piece of meat, pork loin can easily go from moist and tender to shoe leather if cooked much beyond an internal temperature of 145°F. I’ll admit that I did just that early on in my BBQ career. I decided to smoke a pork loin all day just as I would a pork butt. After the meat reached 190°F, I proudly presented it to our waiting guests only to slice into it and discover a dry-as-bone disaster.

Today, my pork loin skills are much more advanced and I know how to keep it moist and juicy. There is, however, always room for improvement, especially in the tenderness department. Enter my new favorite method of preparation — sous-vide-que. By cooking the pork loin for several hours in a low temperature water bath at 140°F (a temperature derived from our sous vide que time and temperature guide here), you can achieve melt-in-your-mouth tenderness without compromising on moistness. Plus it’s super simple.

After four hours in a warm sous vide bath, you rapidly cool it down in a 50/50 mix of water and ice, and then it can be smoked on the grill without drying it out. Or, if you want to make it ahead of time, you can refrigerate the cooled-down pork loin for a day or two or freeze it for several weeks before heading to the grill.

When you are ready to complete the “que” portion of the sous-vide-que method, simply smoke the pork loin over indirect 325°F heat until it reaches an internal temperature of 120°F (remember, the loin is already perfectly cooked during the sous vide stage, so the goal is to add smoky flavor while heating it through just enough to make it taste pleasantly warm). When it’s done, this smoked pork loin will wow your crowd without breaking the bank. 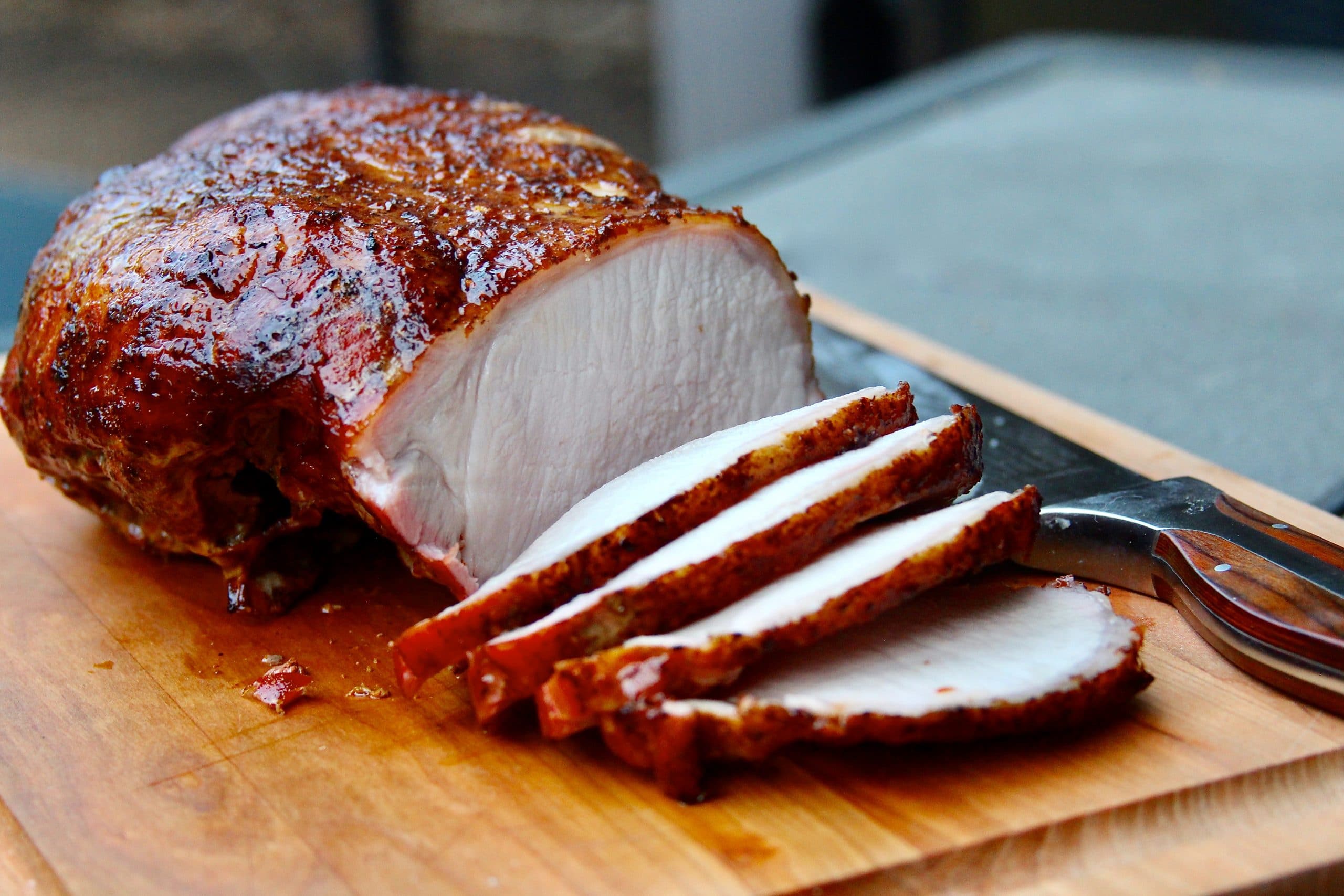 Tried this recipe?Tell others what you thought of it and give it a star rating below.
4.27 from 97 votes
Print Recipe Pin Recipe
By using the sous vide cooking method then hitting the grill, this juicy, tender, and smoky pork loin will wow your crowd without breaking the bank.

Serve with: Lager or pale ale.

US Customary - Metric
Notes:
About the salt. Remember, kosher salt is half the concentration of table salt so if you use table salt, use half as much. Click here to read more about salt and how it works.
Metric conversion:

If I had to narrow my choice of meats down to one for the rest of my life, I am quite certain that meat would be pork.