How To Cook Venison Ribs

Petite in size but big in taste, venison ribs are a great change of pace from pork ribs, even for those who might be hesitant to try game meat for the first time. Why? According to T. Edward Nickens in the December 2009 issue of Field & Stream magazine, “because venison is low in fat. Because it can be obtained relatively cheaply. Because it is free of the pharmacological stew of growth hormones, antibiotics, and antifungals fed or injected into commercial livestock.” Plus it tastes good!

To complement the meat’s rich and mildly gamey taste, this grilling recipe starts with a robust coffee-based dry rub. Next, we smoke the ribs until they are mouthwateringly tender. Finally, the ribs are brushed with a simple coffee BBQ sauce to balance all of the flavors. 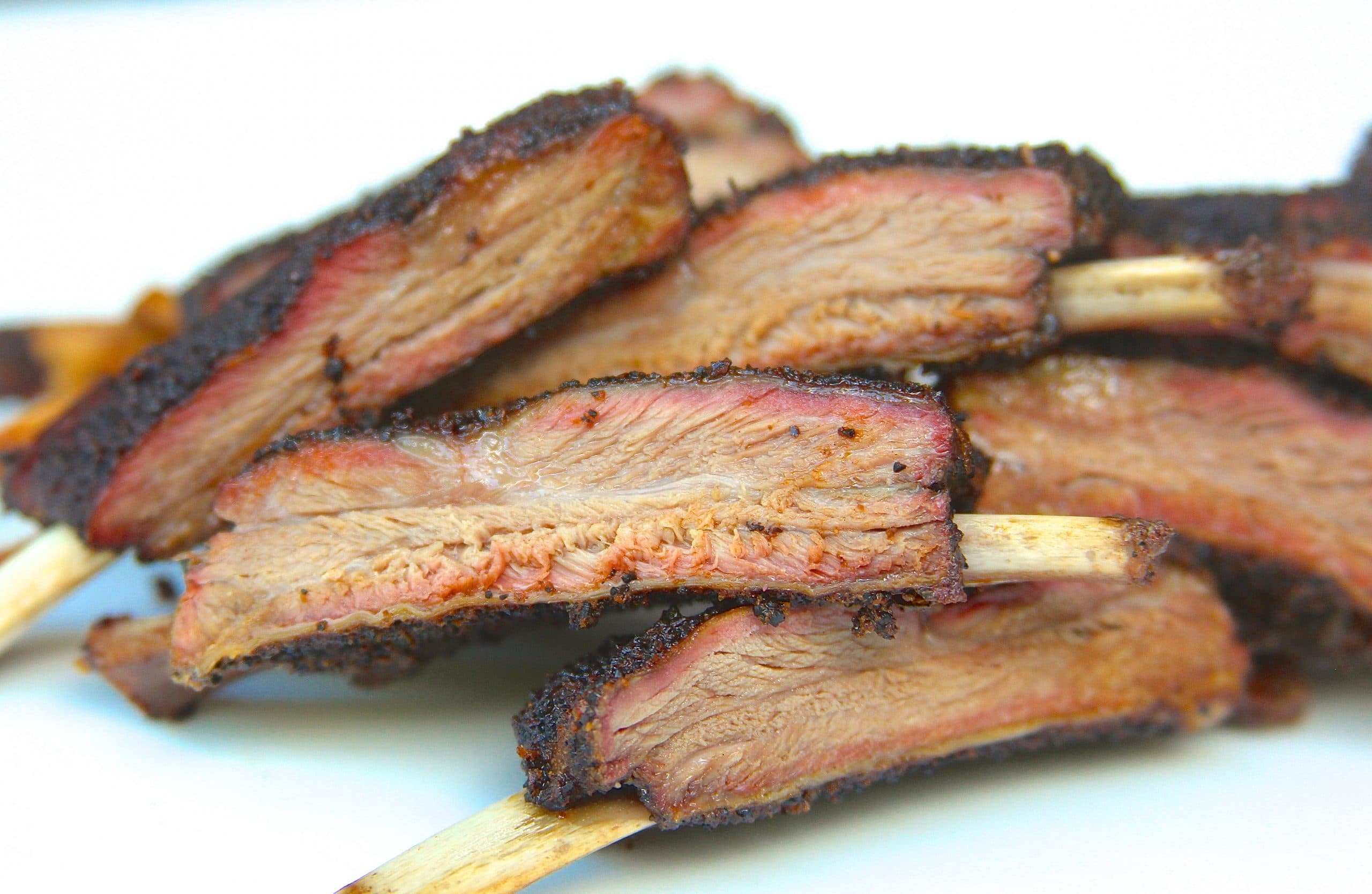 Tried this recipe?Tell others what you thought of it and give it a star rating below.
3.24 from 42 votes
Print Recipe Pin Recipe
Venison often gets a bum rap as being dry and tough. Forget everything you think you know about venison and try this recipe and technique to produce tender, mouth-watering ribs that will rival anything you've ever had before.

Serve with: Porter or stout beer.

Notes:
About the salt. Remember, kosher salt is half the concentration of table salt so if you use table salt, use half as much. Click here to read more about salt and how it works About the mayonnaise. The use of mayonnaise is completely optional but is something that I have done for years. As with the more popular yellow mustard, the mayonnaise serves as a binding agent for the dry rub without drastically the flavor of the finished meat. Unlike mustard, mayonnaise is high in fat, something that only benefits the ribs.
Metric conversion:

People who love to eat are always the best people.