These Soy Ginger Glazed BBQ Ribs Will Knock Your Socks Off

As a seasoned BBQ cook living in Memphis, I am expected to produce nothing but the best when it comes to smoked pork ribs. The challenge for me, however, is finding a way to set my ribs apart from those available at countless BBQ joints throughout the city.

When it came time to host our kids’ friends for an end-of-school-year pool party, I set out to create a rib recipe that was traditionally “southern” in technique but with flavors less common to this part of the world.

Smoked soy ginger ribs with other Chinese seasonings fit the bill. The flavor base comes from a dry rub of paprika mixed with five spice powder, including cinnamon, cloves, anise, fennel, and Szechuan pepper (see our five spice powder recipe here or use store-bought). These Asian inspired ribs are smoked low and slow until moist and tender then glazed with sticky sweet soy and ginger BBQ sauce. When I set out these ribs, the kids devoured them as soon as they hit the serving platter!

Note: this sauce has dozens of other uses so make an extra batch to slather on wings, burgers, pork chops, and more. For more traditional smoked BBQ ribs, be sure to check out our last meal ribs recipe! 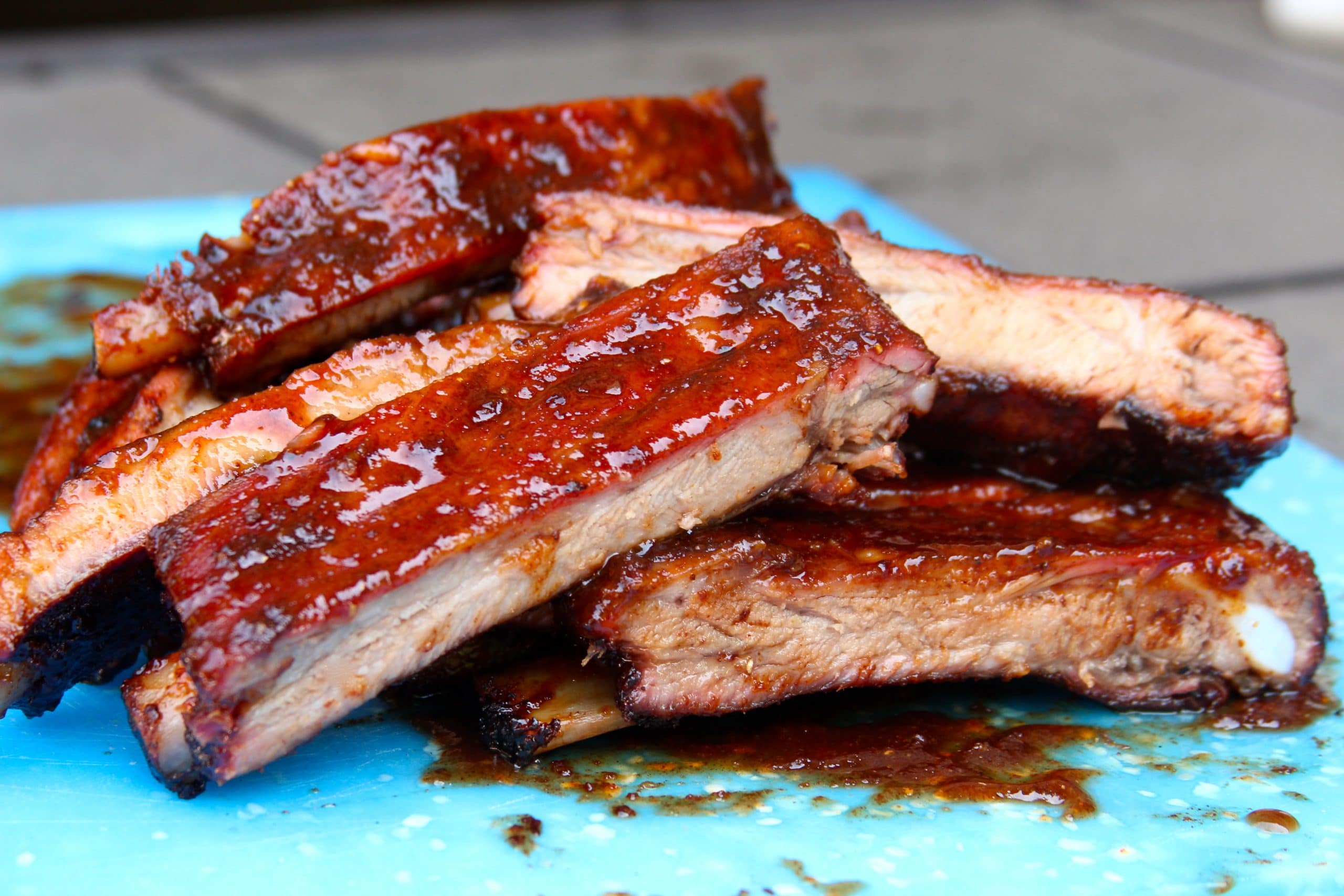 Tried this recipe?Tell others what you thought of it and give it a star rating below.
4.21 from 63 votes
Print Recipe Pin Recipe
Tired of the same old savory barbecued ribs? Try this recipe for Asian style ribs with a touch of sweetness and the flavors of soy, ginger, and sesame. Any cut of ribs will do.

Serve with: Sapporo or Kirin beer.

Notes:
About the salt. Remember, kosher salt is half the concentration of table salt so if you use table salt, use half as much. Click here to read more about salt and how it works. About the mayonnaise. The use of mayonnaise is completely optional but is something that I have done for years. As with the more popular yellow mustard, the mayonnaise serves as a binding agent for the dry rub without drastically altering the flavor of the finished meat. Unlike mustard, mayonnaise is high in fat, which benefits the ribs.
Metric conversion:

My family barbecued a lot; good barbecue is more complicated than you think.