A Cuban Sandwich Tastes Better When The Meat Is Smoked

To whoever invented the Cuban sandwich: I am forever grateful. No visit to my parents’ Florida home would be complete without at least one of these miraculous creations.

There is something truly remarkable about the way that six ingredients—roast pork, ham, pickles, Swiss cheese, yellow mustard, and Cuban bread— come together in a perfect union of dynamic flavors. The bread is a big part of what makes a Cuban sandwich (a.k.a. Cubano) so special. Cuban bread is similar to a French baguette but with sugar and butter (or lard) in the dough, which make the bread softer, sweeter, and richer tasting.

My trips to the sunshine state are limited, so I recently turned to the grill in search of a fix for my Cuban sandwich habit. While not 100% authentic, using smoked pork loin instead of roast pork resulted in a sandwich that is even more addictive!

Like what you’re reading? Click here to get Smoke Signals, our free monthly email that tells you about new articles, recipes, product reviews, science, myth-busting, and more. Be Amazing! 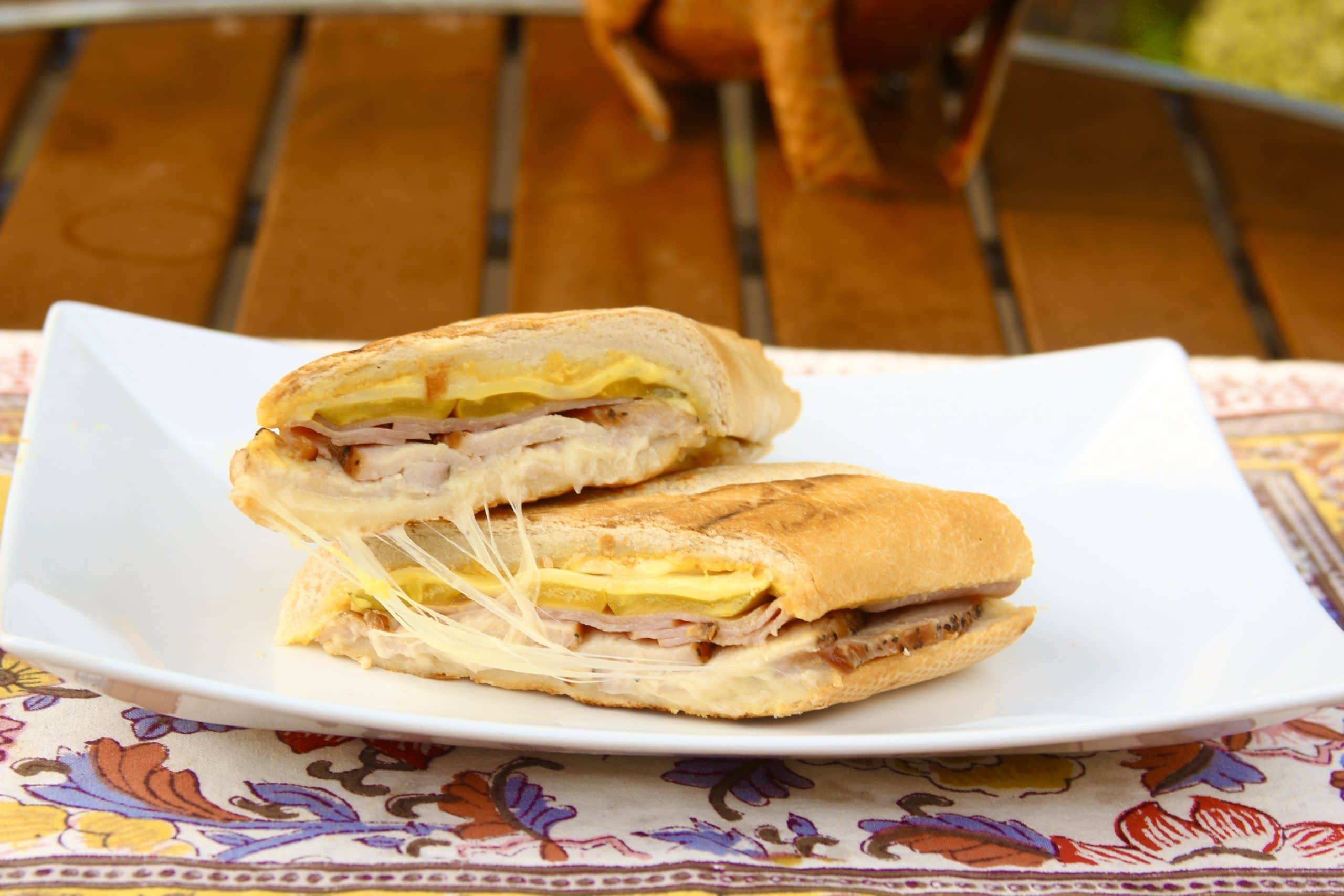 Tried this recipe?Tell others what you thought of it and give it a star rating below.
3.28 from 36 votes
Print Recipe Pin Recipe
Slow smoked pork loin provides a unique twist on a Florida favorite in this grilled Cuban sandwich recipe.

Serve with: A mojito

US Customary - Metric
Notes:
About the pork loin filets. Most packaged pork loin filets have already been marinated and/or enhanced with a salt mixture. If not, simply season the filet with Kosher salt. About the salt. Remember, kosher salt is half the concentration of table salt so if you use table salt, use half as much. Click here to read more about salt and how it works. For this recipe, you want to use 1/2 teaspoon Morton coarse kosher salt per pound (453.6 g) of meat.
Metric conversion:

Trying to be happy by accumulating possessions is like trying to satisfy hunger by taping sandwiches all over your body.