A grilled shrimp “boil” is an effortless family style feast for your backyard cookout.

There’s something truly engaging about diving into a steaming hot peel-and-eat shrimp boil, fingers dripping with spicy juices as you devour the tender shrimp, potatoes, sausage, and corn!

Re-create that ultimate summer beach experience at home with this simple grilled twist on a traditional shrimp boil. Instead of a giant cauldron of hot water, this “boil” is done in a foil packet that is set in a disposable aluminum pan and slowly simmered on the grill until the ingredients are cooked to perfection.

Do note that while a traditional shrimp boil usually calls for dropping the shrimp into the boiling water in the last few minutes, this recipe uses indirect heat and extra large shrimp so that all of the ingredients can slowly simmer together from start to finish without having to open the packet midway through. Remember that every time you open the packet you are releasing the hot steam needed to get the corn and potatoes tender. So while your inclination may be to add the shrimp later than the other ingredients, doing so actually extends the cooking time and throws the whole cornucopia of ingredients into chaos. 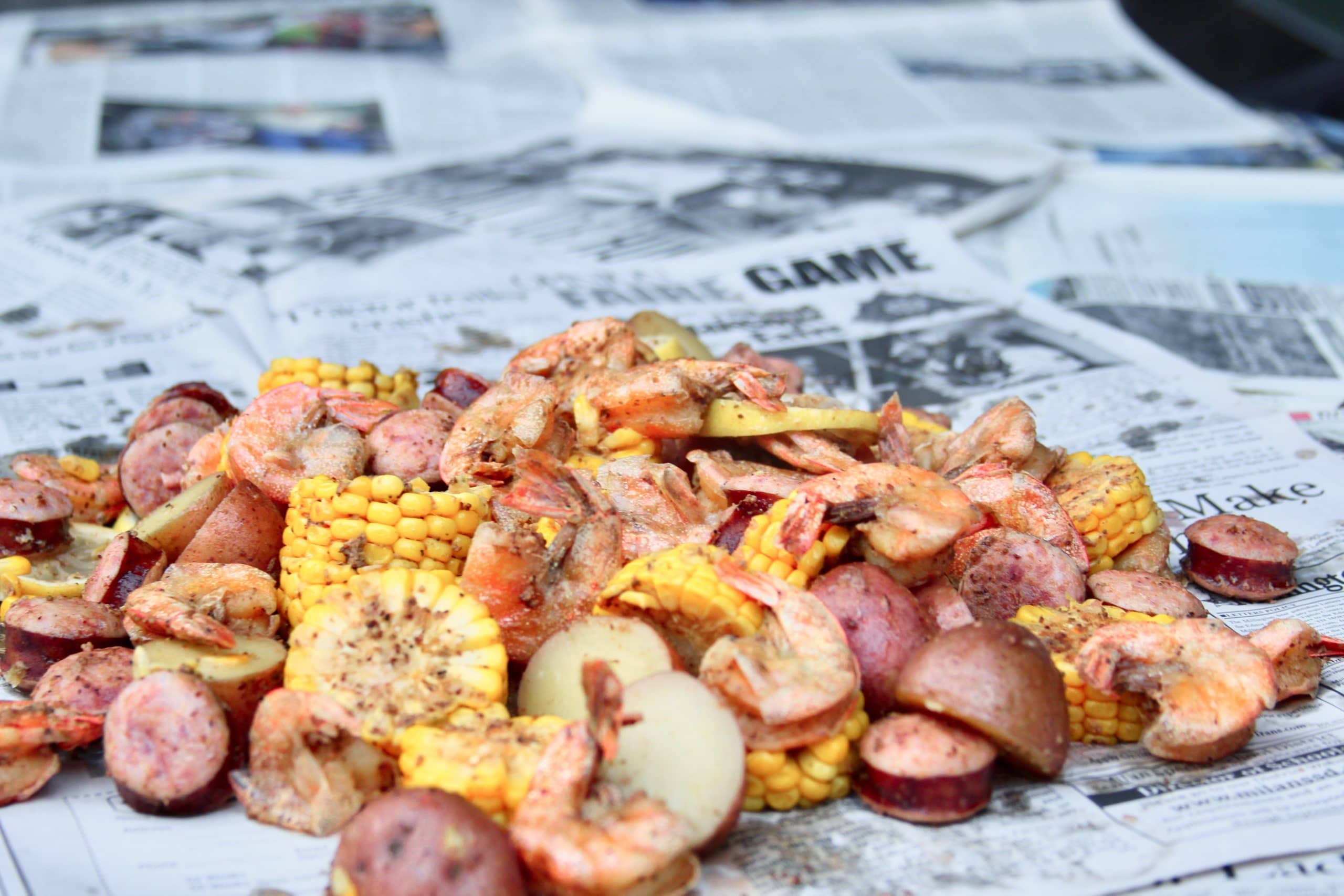 Tried this recipe?Tell others what you thought of it and give it a star rating below.
3.64 from 46 votes
Print Recipe Pin Recipe
Dive into perfectly seasoned shrimp, sausage, corn, and potatoes with this simple shrimp boil prepared on the grill.

Serve with: A lager