Make Grilled Catfish That Doesn’t Stick With This Genius Trick

A base of sliced citrus is the secret to perfectly grilled fish fillets that come off the grill intact and with even more flavor.

Grilling fish, especially delicate fillets such as catfish, can be a challenge for even the most seasoned griller.

Cooking the fish on slices of citrus, however, ensures that it is evenly cooked throughout and is easy to remove from the grill when fully cooked. In this recipe for blackened catfish, the fillets are seasoned with a spicy Cajun blackening rub before being grilled to tender moistness on sliced oranges, which lend a subtle orange flavor to the fish.

A simple charred lemon cream sauce rounds out the dish, reinforcing the infusion of citrus from the oranges while balancing the heat of the blackening rub. 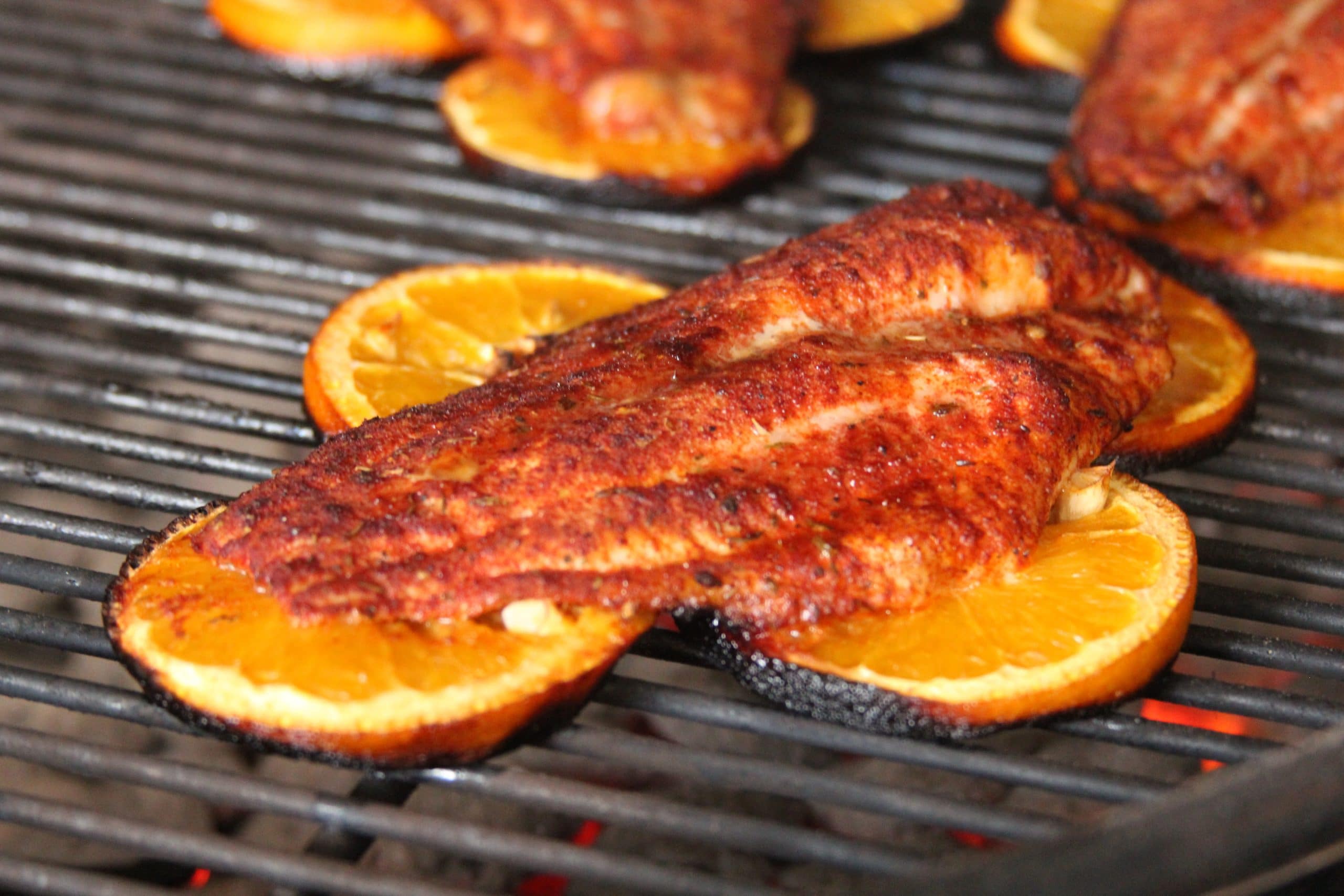 Tried this recipe?Tell others what you thought of it and give it a star rating below.
3.58 from 40 votes
Print Recipe Pin Recipe
Citrus slices are the secret to perfectly grilled fish in this flavorful recipe for blackened catfish with charred lemon cream sauce.

Serve with: An IPA such as Abita Wrought Iron IPA from Louisiana

If I go down for anything in history, I would like to be known as the person who convinced the American people that catfish is one of the finest eating fishes in the world.