Melt In Your Mouth Duck Confit, The Sous-Vide-Que Method 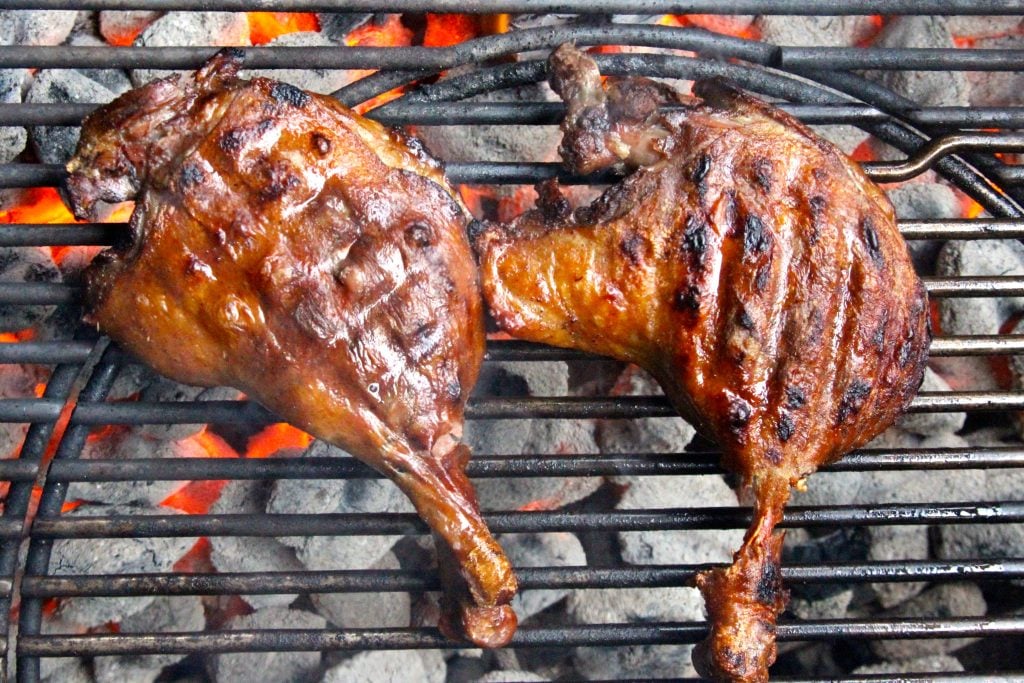 This recipe takes duck confit to new heights by combining the moistness and tenderness from sous vide cooking with the smokiness of the grill.

Salted and cooked in fat, duck confit (pronounced cawn-FEE] is a French technique originally developed centuries ago as a means of preserving meat without refrigeration. The cooked meat remains submerged in and protected by its own fat. While preserving meat for the winter is no longer a necessity, the preparation method remains popular due to its succulent results. Confit is one of the richest tasting dishes you can get!

But that doesn’t mean there isn’t room for improvement. Take a look at the salt blend. Most traditional recipes call for a combination of salt, garlic, and fresh herbs but I find that a mixture of salt and Meathead’s Chinese five spice powder adds greater depth to the dish. Instead of curing the meat for 24 hours or longer as most recipes recommend, I limit mine to no more than 12 hours to cut down on the saltiness. It is then sous vide in the duck fat at 145°F (62.8°C) for 24 hours. Note that while we don’t usually recommend adding fats, marinades, spices, or fresh herbs to the sous vide bag (read more about the science behind this recommendation in our Sous Vide Que deep dive ebook here), the addition of the duck fat in this recipe is an essential “exception to the rule” in order to replicate the traditional confit method.

The real innovation in my confit, though, is the AmazingRibs.com’s sous-vide-que method. First, the cured duck legs are sous vide in duck fat for 24 hours at 145°F (62.8°C) to make them extra-moist and tender. This time and temperature is derived from our guide here. At this point, the duck legs can be flash chilled in a 50/50 water bath then refrigerated in the duck fat for several weeks as the fat works as a barrier against bacteria.

Then, to complete the dish, you remove the duck legs from the fat, and reserve the fat for another use (duck fat French fries are fabulous). Set the duck legs aside at room temperature and fire up your grill for 2-zone cooking.

Once the grill has reached an ambient temperature of 325°F (162.8°C) and the duck legs have had time to cool, you give them a bit more flavor with a reverse sear. For some smoke, start the duck legs on the indirect side of the grill and cover the grill for maximum smoke absorption. Once they reach an internal temperature of 155°F (68.3°C), place the duck legs skin side down over direct heat and sear them for about four minutes until the skin is nicely browned and crispy. When they are done, the duck legs can be served whole or shredded for use in a variety of dishes including salads, risotto, dumplings, baked potatoes, and much more. 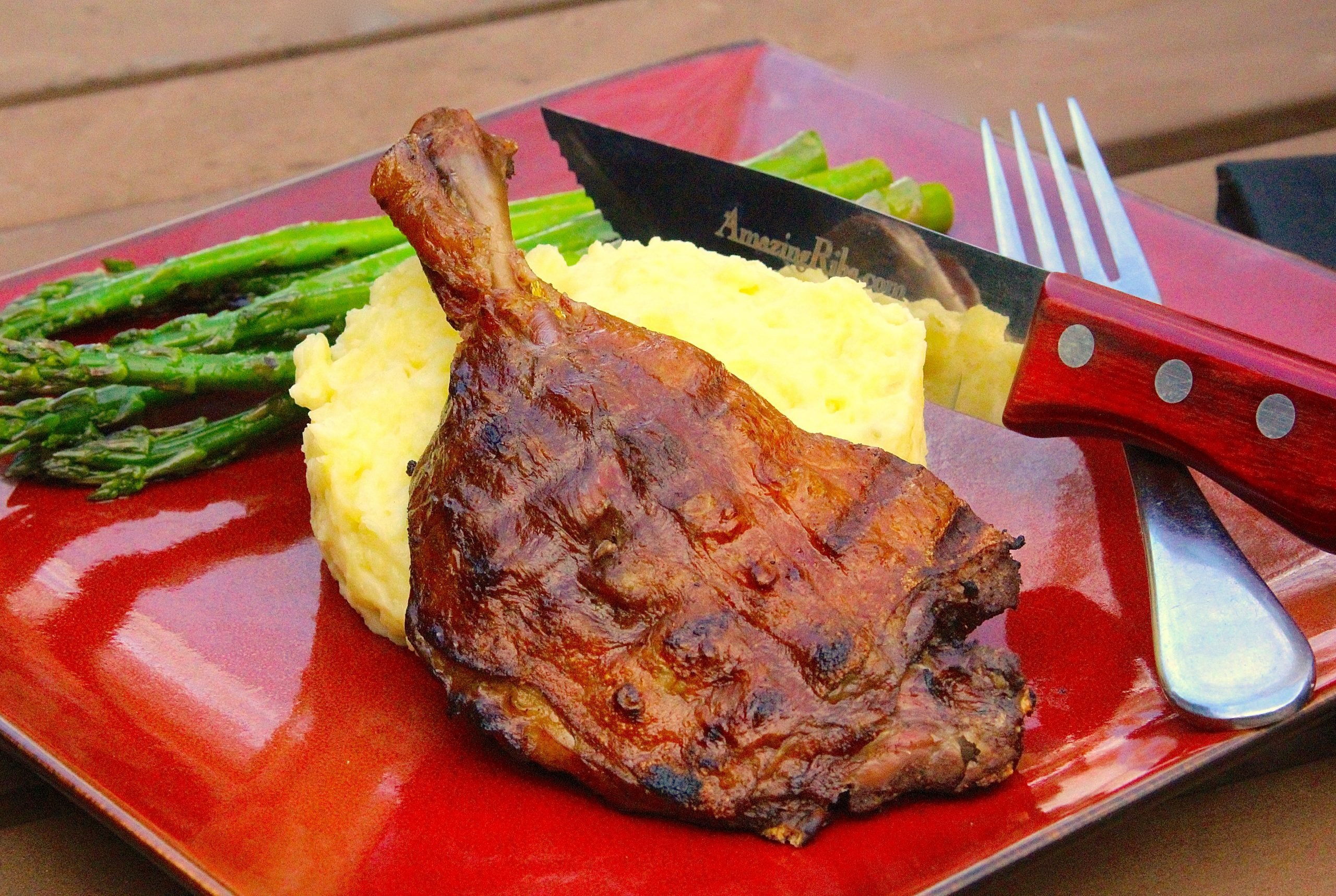 Tried this recipe?Tell others what you thought of it and give it a star rating below.
3.35 from 23 votes
Print Recipe Pin Recipe
Salted and cooked in fat, duck confit is a French technique originally developed centuries ago as a means of preserving meat without refrigeration.

Serve with: a cabernet.

US Customary - Metric
Notes:
About the salt. Remember, kosher salt is half the concentration of table salt so if you use table salt, use half as much. Click here to read more about salt and how it works. About the duck fat. While local grocery stores are unlikely to sell rendered duck fat, it is readily available through various online retailers including here on Amazon.com.
Metric conversion:

Confit is not something that comes to mind for summer. Usually it means duck confit, made by cooking the legs and thighs in duck fat to preserve them for winter.

The FireBoard Spark is a hybrid combining instant-read capability, a cabled temperature probe, Bluetooth and Wi-Fi connectivity. We gave Spark a Platinum Medal for pushing the envelope of product capability while maintaining high standards of design and workmanship.