YOU ARE HERE >> Home » Site Authors

Malcom Reed is one of the most respected men in barbecue and his many videos make him a genuine YouTube Star.

A barbecue hobbyist, he started competing in 2002 and it didn’t take long for it to develop into a full-blown addiction. His love for BBQ inspired him to build his website, his YouTube channel, and […]

Prof. Greg Blonder is an amazing polymath and the AmazingRibs.com resident science advisor and mythbuster. He was co-author of our first book, “Meathead, The Science of Great Barbecue and Grilling”. A Professor of Product Design and Engineering at Boston University, he has a physics BS from MIT and a physics PhD from Harvard. He has served […]

Henrik born and raised on a farm in the southern part of Sweden and he lives in Stockholm, the capital. He has a house in the country side also, where the smoker resides. It is just a one hour drive […]

Bill McGrath is AmazingRibs.com's Thermometer Maven. He has sophisticated equipment, an electrical engineering degree from Cornell University, and an MBA (almost) from UC Berkeley. Despite being mostly retired, he is still the person responsible for developing and updating all of ExxonMobil's training modules.

Rick Browne does product testing and recipes. A renowned TV cooking show host, photojournalist, and author of 16 barbecue books, he was the creator, host, and executive producer of public television’s popular Barbecue America TV series, a cooking and travelogue highlighting the world’s outdoor culinary landscape. It has aired on more than 230 stations.

Editor of AmazingRibs.com, David Joachim has authored, edited, or collaborated on more than 45 cookbooks, four of them on barbecue and grilling, and his Food Science column has appeared in "Fine Cooking" magazine since 2011. He’s a perfect match for a website dedicated to the “Science of Barbecue and Grilling.” 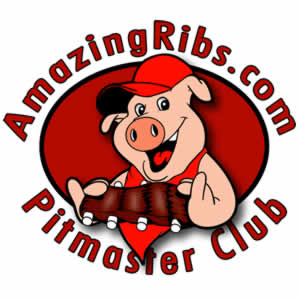 Clint Cantwell is AmazingRibs.com's Senior Vice President of Whatever, charged with creating recipes, writing articles, shooting photos, and a little bit of everything else. He was named one of the "10 Faces of Memphis Barbecue" by Memphis Magazine and was the winner of Travel Channel's "American Grilled: Memphis".

Founder and publisher of AmazingRibs.com, Meathead is known as the site's Hedonism Evangelist and BBQ Whisperer. He is also the author of the New York Times Best Seller "Meathead, The Science of Great Barbecue and Grilling", named one of the "100 Best Cookbooks of All Time" by Southern Living.

Big Jim is senior vice president of technology and head of our technical team. He is a graphic designer with over 30 years of experience working with graphic design, web design and office productivity software.

If you help us, we’ll pay you back bigtime with an ad-free experience and much more!


The flat top does the burgers and the fryer does the fries. Use the griddle for bacon, eggs, and home fries. Or pancakes, fajitas, grilled cheese, you name it. Why stink up the house deep frying and spatter all over? Do your fried chicken and calamari outside. Blackstone’s Rangetop Combo With Deep Fryer does it all!